Wally Safford dead at 63, Prince and the Revolution band member has died 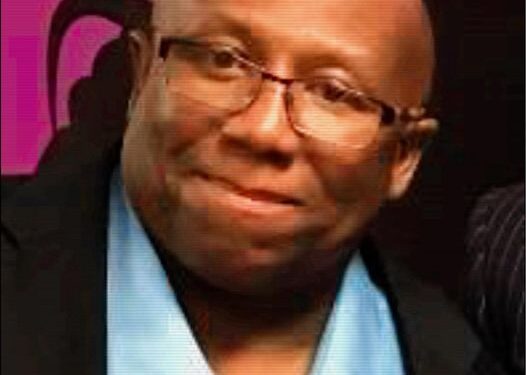 Wally Safford Death – Wallace “Wally” Safford of Prince and the Revolution has passed away, he was a longtime friend of Prince, to the point where he became his bodyguard & even became one of Prince’s dancers in 1986-1987. He was 63 years old. The cause of Wally Safford’s death is not known at this time, and the circumstances surrounding his passing were not revealed.

Wally Safford wrote a book about his time with Prince. Prince wrote a song called “Wally.” An intriguing aspect of Wally is, Where’d You Get Those Glasses? In the early years of Safford; he grew up in the Nation of Islam, where he acquired the bodyguard training he employed. His family was close to NOI leader Elijah Muhammad, Malcolm X (whom Safford referred to as “Uncle Big Red”), and Muhammad Ali, about whom Prince frequently inquired.

The book by Safford has fascinating behind-the-scenes anecdotes from his time with the superstars who had surrounded him his entire life. Growing up in Detroit, he frequently encountered Motown artists such as Smokey Robinson and Marvin Gaye. As his employment as a bodyguard advanced, Safford’s status within Prince’s inner circle rose progressively. He and other Detroit-based guards earned the moniker “The Purple Gang” inside Prince’s entourage.

Safford worked directly for the Purple One after first providing protection for Morris Day and Vanity (of Vanity 6). They had adjoining hotel rooms so Prince could access his bodyguard at any time, occasionally rousing him at 3 a.m. for stationery paper in order to compose lyrics.

Wally Safford’s Obituary will be released by the family…

The Prince and the Revolution

The Revolution is an American rock band founded by Prince in 1979 in Minneapolis, Minnesota. The band’s sound included rhythm and blues, pop, funk, and psychedelic influences, despite its association with rock music. The Revolution published two studio albums, two soundtracks, and two videos prior to their announced disbandment.

Purple Rain (1984), which topped the Billboard 200 and was certified 13 Platinum by the Recording Industry Association of America, propelled The Revolution to international prominence in the mid-1980s (RIAA). 1985’s Around the World in a Day was the group’s second album to debut at number one on the Billboard 200. They had six top 10 singles on the Billboard Hot 100 chart, including three number-one hits: “Let’s Go Crazy,” “When Doves Cry,” and “Kiss.” The band officially split in 1986, following the Hit n’ Run – Parade Tour, which backed Parade, the album’s soundtrack. In 2016, after Prince’s death, the band announced reunion gigs. The Revolution has been awarded three Grammys.