Who is Eartha Kitt? Relationship, Married, Children, Career, Annual Income, Businesses, where does he live? 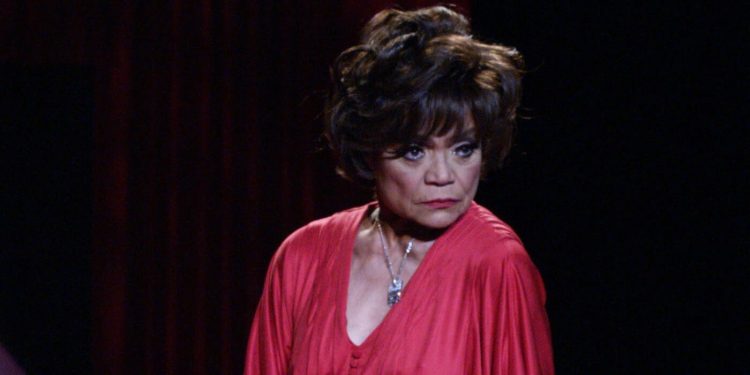 Eartha Mae Keith was born on January 17, 1927, in North, South Carolina, and died on December 25, 2008, in Weston, Connecticut, in the United States. She was a singer, cabaret performer, dancer, actor, and activist best known for her records “C’est Si Bon” (1953) and “Santa Baby,” a Christmas novelty hit (1953). Kitt’s net worth has steadily climbed since her career began in 1943, because to her flexibility as an artist; she worked in the entertainment sector until 2008.
Have you ever wondered what Eartha Kitt’s net worth was in the middle of 2016? Kitt’s net worth was estimated to be $4 million, according to credible sources. She made the majority of her money by singing and performing on stage, but she was also an actress, which added to her income.

Eartha Kitt has a net worth of $4 million dollars.

Mamie Kitt, Eartha Kitt’s mother, was of African and Cherokee origin and was born on a cotton plantation. Although it was never proved, Eartha’s father was of German ancestry, and she was created via rape. He was meant to be the son of the guy who owned the farm where Eartha was born, but she never met him despite taking his surname of Kitt. Eartha Riley was raised by Anna Mae Riley, whom she mistook for her mother. Riley went to live with a black guy, but he refused to take the 8-year-old Kitt because of her pale complexion, so she had to live with another family until her natural mother sent her to New York City.

Eartha began her career in 1943 when she joined the Katherine Dunham Company, a dancing, singing, acting, and musical ensemble, and worked with them until 1948. Her voice had a particular quality to it that was immediately noticeable. Kitt had a string of hits, including “Let’s Do It” (1951), “C’est Si Bon” (1953), “Monotonous”, “Love for Sale”, “Kâtibim”, “Under the Bridges of Paris” (1955), and her most famous song, “Santa Baby” (1953). She learnt to speak four languages and sing in seven, ensuring that she could perform successfully throughout Europe.

Kitt made her film debut in Luciano Emmer’s “Paris Is Always Paris” in 1951, and she later played alongside Sidney Poitier in Michael Audley’s thriller “The Mark of the Hawk” (1957). Before starring alongside Nat King Cole and Cab Calloway in “St. Louis Blues” (1958), Eartha participated in various TV programs. She was quite active in the late 1950s, and she starred alongside Sammy Davis Jr. and Frederick O’Neal in “Anna Lucasta” (1958). Eartha Kitt also starred in five episodes of “Batman” (1966-1968), Bob Kellett’s comedy “The Chastity Belt” (1972), and Pam Grier’s film “Friday Foster” (1975). Her net worth improved as a result of these roles.

Eartha received several important accolades throughout the course of her long and successful career, including a star on the Hollywood Walk of Fame in 1960. She also received three Daytime Emmy Prizes in the category of Outstanding Performer in an Animated Program, among other awards, for her work on the shows “Wonder Pets!” and “The Emperor’s New School.”

Eartha Kitt was married to William O. McDonald from 1960 until 1964, and the couple had a daughter named Kitt Shapiro together. Kitt was diagnosed with colon cancer in 2006, and it claimed her life on Christmas Day of the following year.