Lia Marie Johnson is back and revealed that she’d fallen into depression, went to jail, landed into hospital multiple times due to mental health, attempted suicide 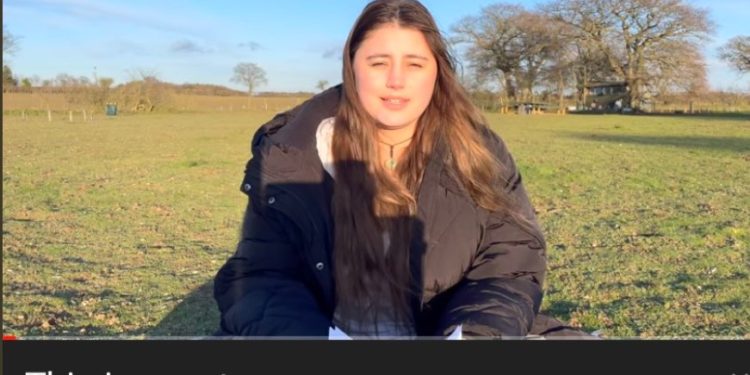 Lia Marie Johnson, 26, who became famous as a child YouTuber, is currently living in the English countryside with her partner, Charlie, and is celebrating 10 months of sobriety. Since his 14-year-old breakout in the “Kids React” YouTube series created by the Fine Brothers, Johnson has come a long way. For several years, she battled drug addiction, partner abuse, hospitalizations, a rehabilitation program, and a failed suicide attempt, all of which she detailed in a YouTube video titled “This is my story,” which she posted on Wednesday.

Who is Lia Marie Johnson now?

Johnson, who starred in the YouTube Original film “The Thinning” and whose 2016 single, “DNA,” has accumulated 21 million views, recently filmed the video to clear the deck before the release of her new single on Friday. Johnson claimed her ex-boyfriend had strangled her during their relationship. Johnson claims that at age 18 she attempted suicide. After getting her footing again with the help of group therapy, Johnson joined capitol Records, but her substance abuse continued.

After turning 21, Lia Marie Johnson left rehab but quickly relapsed. She claims that she fell in love with another abusive partner at this time, who frequently beat her and left bruises all over her body. At about the same time, Johnson’s record label dropped her and she started frequently broadcasting intoxicated Instagram Live videos.

According to a report by Insider on January 1, 2020, during an Instagram Live broadcast, Johnson kissed Steven Wetherbee, a 67-year-old music producer, and photographer. Recalling the incident, Johnson says her ex-producer kissed her without her permission and that she went live on Instagram to ask for help because she was afraid “something more would happen.” The addict she began dating in January of 2020, she says, tragically killed himself in the following months.

This is my story- out now. Thank you for the support. https://t.co/XYUgMoVvYS 🤍 pic.twitter.com/tlaT736YRL

This Is My Story Reactions

I’m so happy to see this, thank you for updating us on you’re life. You’re incredibly brave and strong putting this out there. Thousands of us are so happy you’re still with us.

i love you so much lia  I am so proud of you. it makes me so happy that you are in such a good place now. you are an inspiration. i am so ready to stream every song you drop this year!

BREAKING NEWS: teenager moves to LA and discovers the hard way what an awful place it is. how could we ever have saw this coming?! good luck to you on your new lease on life. not everyone gets a 2nd(or 3rd, or 4th) chance at life…

We’ve never met but I’ve only heard wonderful things about you. This was so incredibly powerful. Glad you’re healing. You have love and support around the world.