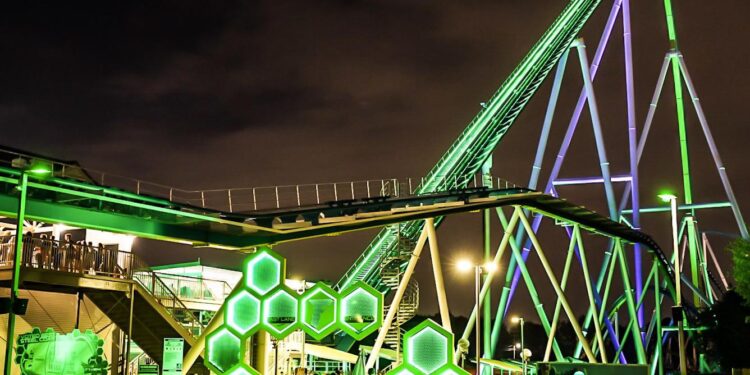 UPDATE: According to an official statement released by the Carowinds’, there was NO shooting incident/individuals armed with weapons as rumored at the location early Saturday night, September 17, 2022. The amusement park was evacuated after reports of unruly behaviors involving several groups of juveniles led to “unconfirmed rumors of a threat to guests.” The Carowinds stated that the behavior of the unidentified minors does not align with Carowinds’ values. There were no injuries recorded in connection to this incident. Local PD responded to the location and assisted the guests leaving in “exiting the park.”

Main Story: The Charlotte’s Carowinds Amusement park was on Saturday night closed at approximately 11 P.M. after reports of behaviors considered to be “unruly” were exhibited by several minors at the park. According to the information contained in a release, the decision to close the part at the aforementioned time was to ensure the safety of the guests. “The safety of our guests and associates at Carowinds is always our top priority,” the release contains. The local police department responded to the scene and assisted guests exiting the parking lot of the Amusement park.

What happened at #carowinds? pic.twitter.com/G0ITYx9FhV

There was no immediate confirmations of a possible apprehension of the juvenile involved in this incident.

What Happened At Carowinds? Were There Any Shootings?

Scarowinds Shooting Investigations Tonight – Early rumors have claimed that there was possible shooting at the Carowinds Amusement park in Charlotte, North Carolina Saturday night, September 16,2022. There was a gun brandishing claims that led to evacuations and shelter in place. While these claims are said to be false, a witness who contacted SNBC13 through email said “I was exiting the park with my mom and dad to find my sisters, I 100% heard a gunshot on the hill near the furry and people started to run off the hill towards me. I was there when the “shooting” happened and I heard it with my own ears.”

The park has since addressed the incident saying the decision to close for the night was made due to unruly behavior by several groups of minors.

“The safety of our guests and associates at Carowinds is always our top priority. On Saturday, September 17, the decision was made to close the park at 11:00 p.m. ET due to unruly behavior by several groups of minors which led to unconfirmed rumors of a threat to guests. This behavior did not align with Carowinds’ values and was not the experience we want any guest to have while visiting the park. As a precaution, local law enforcement was on hand to assist guests in exiting the park.”