Reactions from Twitter Users to the New Unsend and Edit iMessages Features in iOS 16, Features issued on September 12th, 2022 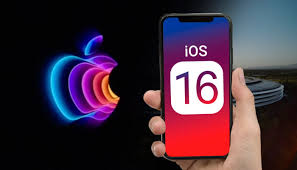 Reactions from Twitter Users to the New Unsend and Edit iMessage Features in iOS 16: Apple presented its plans for iOS16 for the first time at the beginning of June during the Worldwide Developers Conference. As of September 12th, 2022, the firm has issued the update, which includes a large number of brand-new and interesting features for customers to investigate. However, the one that has generated the most discussion among all of them is the one that is contained within the iMessage application.

According to CNBC, iPhone users who are conversing with someone else who also has iOS16 loaded on their phone are now able to modify and unsend messages. However, it is important to note that there is a time limit on this new functionality, so users should proceed with caution. You have a window of time of two minutes in which you can fully delete your message, and you have a window of time of fifteen minutes after sending something in which you can make changes to it.

This function will not apply to regular SMS and will only be available in Apple’s iMessage application. If you unsend a message to a person who also has iOS16, they will be notified of what you’ve done (similar to how Instagram does it), but the other person won’t be able to see what the message was unless they saw a preview when they received it. Even if you make an effort to retract the message, it is possible that recipients who are still on iOS15 will be able to view the content of it, despite your efforts.

Users must be using the most recent versions of iOS 16, iPadOS 16, macOS Ventura, and watchOS 9 in order to use the message editing feature as intended. When receiving an altered iMessage, users of older operating systems or Android devices will see text that reads “Edited to [text]”. If the recipient taps on the “Altered” text, they will be able to see what was changed because the Messages app keeps a history of the edited iMessage. It’s also important to keep in mind that you can only change an iMessage five times before it loses the ability to do so.

Another Topic:  According to reports, Onward Mobility has lost its right to use the BlackBerry name.

Many users of Twitter appear anxious about the new update, expressing immediate mistrust in anyone who might choose to take back their iMessages. Other users, on the other hand, shared that they’ve never updated faster – most notably because of the feature that allows you to mark messages as unread after already opening them.