Theodore Ellis, 30, was arrested for assaulting a woman in New York City 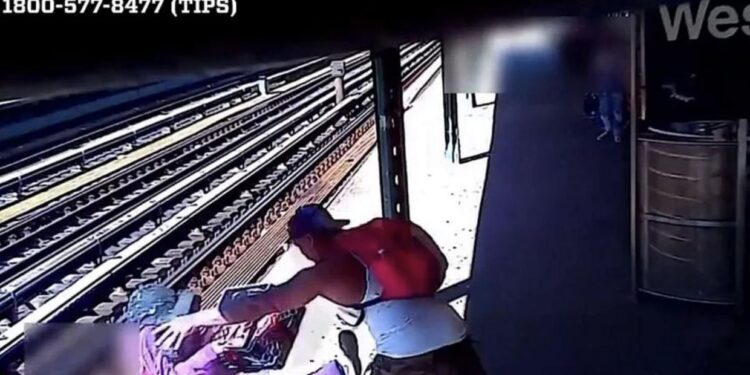 An American man was caught on camera when throwing a woman over the subway rails in New York City – A 30-year-old man from Bronx was arrested by the officials on Tuesday following the incident that happened on Sunday afternoon, June 5th, 2022 at a Bronx subway station in New York City. The 30-year-old man whose name is Theodore Ellis was arrested after receiving a tip about his whereabout. They received the tip about him after the video shared by the New York Police Department which revealed the face of the suspect.

According to thestar.com.my, on June 7th, police in New York City arrested Ellis who was suspected for throwing a 52-year-old woman into the tracks at a Bronx subway station over the weekend. The incident was described as the most recent in a run of violent incidents that has occurred on one of the largest transportation systems in the world. In the video shared by the police Ellis was walking right behind a woman at the Jackson Avenue station on that Sunday afternoon, he grabbed her in his arms and then threw her over the platform onto the southbound train tracks. At the time of the action no train was moving.

Was there any argument between them before the push?

It was not established that they knew each other before the time of the incident even though an argument is never a reason for assault. The people around the train station at the time quickly helped the woman out of the station track before the arrival of the next train and they were able to get her out of the track. The woman who sustained injuries and was taken to the hospital for treatment. The woman was said to be in a stable condition. Ellis was taken into custody by the police and charged with assault and reckless endangerment.

Ellis could not be reached for investigations and questionings as it was not clear whether or not he had any legal representative to speak on his behalf. It was reported that, there are more than three million trips taken on the city’s subway system each and every weekday, despite the fact that there has been an increase in the number of significant crimes committed this year. The investigation about the incident is still on, to get to know the reason behind Ellis strange action towards the woman.