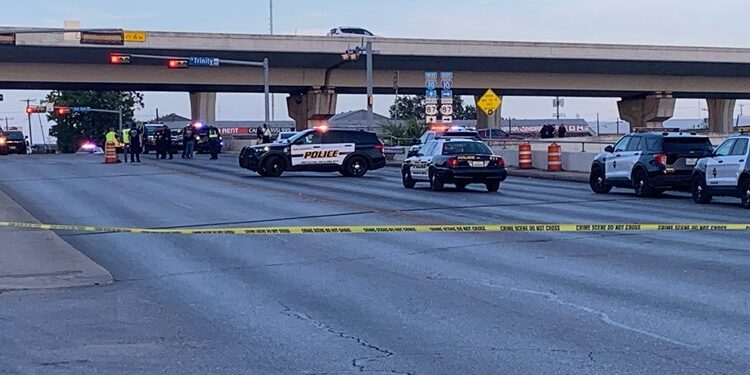 It was reported that the two were taken to the hospital on Thursday night after the shooting that was considered an apparent threat of domestic violence that turned into a shooting on the west side. SAPD Chief William McManus said that a woman called the police to report that her lover was on his way to her house and was threatening to shoot it up. The suspect tried to escape from the officers that were on the road, but they were able to catch up with him before he even arrived.

The suspect eventually crashed his car after which he dropped his car and the pursuit continued to flee on foot, as stated by McManus, it was at that point that the suspect allegedly opened fire facing the San Antonio Police officers, hitting one of the officers. Another officer shot at the suspect three times after he shot one of them.

The suspect is a man in his 20s and he was reported to be severely injured and he is not in a good condition. McManus confirmed the condition of the suspect saying that “I heard he’s in bad shape, not doing well.” The officer was shot once by the unidentified suspect and the officer is said to be in stable condition. The officer has been with the force for five years before the incident. McManus stated that the suspect was wanted for a number of offenses, including assault, harassment, and burglary.

The suspect would probably be charged with more after what happened on Thursday night. The incident is still under investigation and no  report of arrest has been released yet as the suspect is still in critical condition in the hospital. News from Snbc13.com