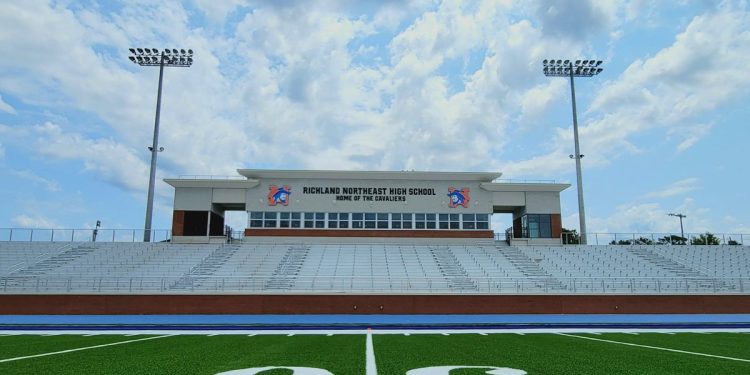 Richland Northeast High School Suicide Investigations – Multiple law enforcement agencies are investigating a report of an apparent suicide attempt at the Richland Northeast High School in Woodfield, South Carolina. According to reports, a student has been transported to an area hospital following a suicide attempt at the school campus. The unidentified student has been listed in a critical condition after he jumped down the school staircase.

According to reports, the Richland Northeast High School campus located in the area of 7500 Brookfield Rd, Columbia, SC has been placed on immediate lockdown. A suicide attempt investigation is ongoing after a student jump down the school staircase this morning. Law enforcement agencies are yet to release official statement following the ongoing incident. The school administration are also yet to release further details.

According to information we have now, the student involved in this incident has been identified by an unsubstantial source as a transgender. Following the suicide report at the RNE High School, parents of pupils/students of the school share their worries especially as speculations states the incident might be as a result of series of bullying. We are awaiting official police reports for more details. STAY WITH US. SNBC13 is following this story and will be update with more information’s.

What are the warning signs of suicide?

Do certain groups of people have higher rates of suicide?

CDC data also show that suicide rates vary by race, ethnicity, age, and gender. American Indian and Alaska Native men have the highest rates of suicide, followed by non-Hispanic White males. Although the rate of suicide death among preteens and younger teens is lower than that of older adolescents and adults, it has increased over time. Suicide now ranks as the second leading cause of death for youth ages 10 to 14. For children under age 12, research indicates that Black children have a higher rate of suicide death than White children.