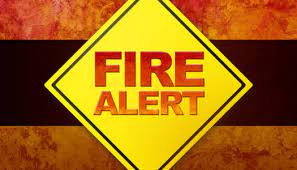 Punchbowl Fire – Authorities responded to a structure fire in a home in Punchbowl in Sydney’s southwest early morning on Thursday, July 14, 2022, according to Fire and Rescue NSW in a post on Facebook. An unidentified resident is reported injured and treated for burns as a result of the incident.

According to reports, before the arrival of the fire official, a woman living inside the unit leaped off the second-level balcony, injuring her legs, as flames engulfed the loungeroom. The resident identified by Fire and Rescue NSW as a woman was treated for burns at the scene and transported to a hospital for treatment. Firefighters also rescued two dogs, suffering from smoke inhalation. According to the report. The dogs have been taken to a local veterinarian for further treatment.

According to Fire and Rescue NSW, Investigators suspect a heater, possibly left too close to furniture and drying clothes, is responsible for a major unit fire this morning in Punchbowl. The name of the resident injured was not immediately released by the fire officials and her condition is yet unknown.

The unit fire happened before 8 am on Thursday, on Victoria Rd, Punchbowl. Fire and Rescue NSW said it is crucial that all items are kept a meter from the heater, and that homes should be fitted with working smoke alarms. According to Fire and Rescue NSW, they have now attended more than 400 residential fires this winter.

At Sydney’s southwest, near Punchbowl, 40 firefighters have battled a big fire that started in a restaurant on Saturday morning, January 1, 2022. Just after 9.30 am, Fire and Rescue NSW (FRNSW) teams arrived at the Punchbowl Road address and immediately made a call for more help. The restaurant’s roof was where the fire started to spread.

When firefighters entered the building amid heavy, black smoke while wearing breathing apparatus, they discovered that the air conditioning ducts were heavily on fire. 13 fire crews responded to the location and put out the fire, which stopped it from spreading to nearby stores.

This is a timely reminder, according to Superintendent Adam Dewberry of Fire and Rescue NSW (FRNSW), that dialing Triple Zero (000) in the event of a fire emergency can mean the difference between life and death, as well as the survival or destruction of a building or other piece of property.

The easiest approach to contact emergency services and request the appropriate assistance is by dialing triple zero (000). In urgent or life-threatening situations, it should be utilized to call the police, fire, or ambulance services.