Protests led by truck drivers, who are supporters of Jair Bolsonaro, have expanded across the country. Learn more. 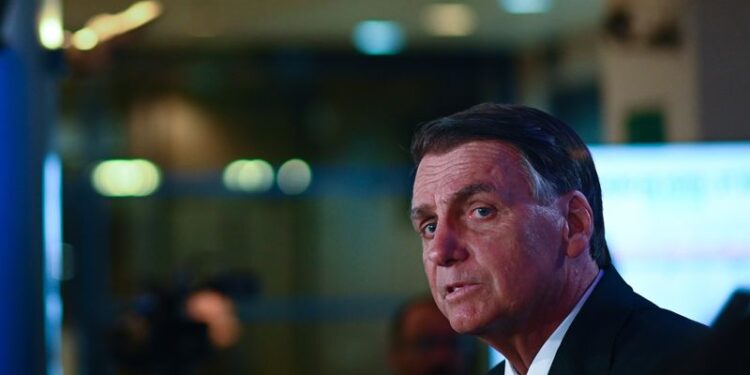 Brazil Protest – Protests led by truck drivers, who are supporters of Jair Bolsonaro, have expanded across the country as the Brazilian president continues to remain mute about his loss in Sunday’s election. He has also thus far refused to acknowledge defeat to his opponent Luiz Inacio Lula da Silva. Because they were dissatisfied with the outcome of the election, supporters of the fiery president blocked more than 200 roads across more than a dozen states and the capital city.

Additionally, they restricted access to the international airport in Sao Paulo, which resulted in the cancellation of 25 flights. Because of the demonstrations, Justice Alexandre de Moraes of the Supreme Court issued an order to the federal highway police to clear the blockades, threatening anyone who did not comply with fines of up to 100,000 reais ($19,306) per hour and per car.

After losing the presidential runoff to Lula by a margin of less than 2 percentage points, the smallest margin for a presidential election in the country’s modern history, Bolsonaro has failed to make any public comments. Lula was elected president of the country. There is mounting pressure from some of his allies for him to make some sort of statement to defuse the escalating tension. Late on Monday, his Minister of Communications, Fabio Faria, announced that he will give a speech today.

In addition to meeting with the ministries of defense, public security, and justice on Tuesday morning at the presidential palace in Brasilia, Bolsonaro will also meet with the leaders of the Brazilian Navy and Air Force. Ciro Nogueira, who serves as Bolsonaro’s Chief of Staff, and General Walter Braga Netto, who was Bolsonaro’s running mate in the election, are also present.

Mario Braga, an analyst at Control Risks in Sao Paulo, stated that “Bolsonaro is too isolated to successfully challenge the findings.” Braga made this statement in reference to Bolsonaro. Despite the fact that he is able to generate the narrative that he has widespread support thanks to demonstrations by truck drivers and other allies, “the prerequisites for him to stay in power just aren’t there.”

According to a statement, protestors stopped not only highways but also the port of Paranagua in the state of Parana. Meanwhile, the chairman of the Brazilian retailers group warned that certain shortages had already begun to be reported by members.

Since the director of the Federal Highway Police is a supporter of the president, Braga stated that it is critical to monitor how swiftly the agency works to clear the roads. Since Monday evening, there has been a reduction in the number of blockades.

The lack of clarity may put a damper on the surge that has been observed in Brazilian assets in the wake of the referendum. On Tuesday, the real managed to hold onto some of its early gains to finish the day 0.1% higher, while stocks continued their 0.2% upward trend.

Lula has not commented on the demonstrations since he is concentrating on building the transition team in preparation for taking over on January 1. According to the newspaper O Estado de S. Paulo, Gleisi Hoffmann, the head of his Workers’ Party, stated on Monday that the strikes are political and that it is up to Bolsonaro to fix the situation.
The protests were disavowed by the South American nation’s truckers’ federation, which is representative of the most important transportation corporations in the country. On the other hand, it is not apparent how much influence it has over individual truck drivers.

Truck drivers make up one of Bolsonaro’s primary sources of support and wield a tremendous amount of political power in the expansive country. They organize themselves mostly through grass-roots groups, and there is no discernible leadership among these groups; this makes negotiations particularly challenging. In 2018, the country was subjected to significant economic damage as a result of a strike that lasted for approximately ten days and was prompted by rising diesel prices.
Senator Flavio Bolsonaro, the president’s eldest son, appeared to accept the outcome of the election in a post that he made on Twitter on Monday. In the tweet, he praised his father’s followers and stressed that they wouldn’t give up on Brazil.
Given the president’s long history of criticizing Brazil’s electoral system, his choice to delay conceding the election is not completely unexpected. He has a long history of doing so. However, if the conflict drags on for too long, it might put the nation’s institutions to the test.

Along with the judges of the Supreme Court and a few of Bolsonaro’s closest allies, the leaders of the country’s Senate and Lower House were among the first to recognize the results of the election on Sunday night. In a phone call on Monday, Vice President Joe Biden of the United States sent his congratulations to Lula. There has been no response from the armed forces as of yet.
Rodrigo Garcia, who is leaving his position as governor of the state of Sao Paulo and who voted for Jair Bolsonaro in the runoff, has stated that he acknowledges Lula’s victory and that “we’re all waiting for the president” to do the same.

The absence of the president’s voice could be detrimental to the transition process. Right after the election, Brazil’s government is required by law to prepare a formal handover procedure, during which the president-elect is permitted to nominate up to fifty individuals to meet with authorities and exchange information about the government. In order to ensure a seamless transition from one government to the next during the two months that follow an inauguration, the outgoing administration often interacts with the staff of the incoming president.

Analysts from Eurasia Group noted in a research that attempting to discredit the election as a strategy “is unlikely to provide a beneficial result for Bolsonaro, but that can be a tool to keep his supporters engaged to fight a Lula administration.”
“We are watching the truckers road blockades across the country and their potential to spread, remain persistent, and become very disruptive,” said Valerie Ho, a portfolio manager at DoubleLine Group LP in Los Angeles. “We are watching the potential for them to spread across the country, remain persistent, and become very disruptive.” “Financial markets are wary of the long-term damage that could be caused by the tail risk.”