Northside high school on lockdown due to alleged stabbing 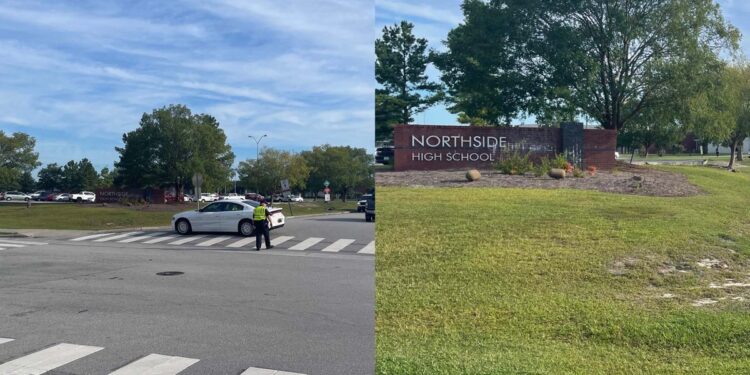 According to unconfirmed sources, A stabbing took place in the school. Today which marked the second day of resumption the students were released at 8:45 this morning due to the incident. To assist the ongoing investigation being conducted by law enforcement, the local community is being asked to stay away from a three-mile radius surrounding the school.

Another Topic:  Ellen R. Dunkin, of the Amalgamated Family of Companies, Was Announced Today

Sarah Sinese, the Public Information Officer for the Jacksonville Police Department, stated that an investigation was being conducted and that the school was not in lockdown mode. Other vehicles were observed driving onto the school’s property, however drivers have been asked to stay away from the area while the investigation is ongoing.

At this time, there is no danger to the general public. At approximately seven in the morning, Jacksonville Public Safety Chief Michael Yaniero conducted a press conference in which he provided specifics regarding the incidents that took place at the school. He stated that a fight broke out and that a student who had been stabbed in “one of the common areas” of the school had passed away as a result of his injuries.

Another Topic:  Dexter Lumis arrested amidst crowd after his surprise return to WWE

According to the officials, a second student was also stabbed, and a teacher who rushed into the scene in an attempt to assist was hurt but was not stabbed. A school resource officer arrived “within seconds,” rendered medical help, and then called for backup from the police departments of Jacksonville and Onslow County. upon the arrival of emergency medical services, Both victims were transported to Naval Medical Center Camp Lejeune where the student was later pronounced dead.

The suspect, who was also a student, has been taken into custody after being detained. According to Yaniero, it is unknown what kind of weapon was used in the stabbing that occurred. According to the officials, no names are being made public at this time.