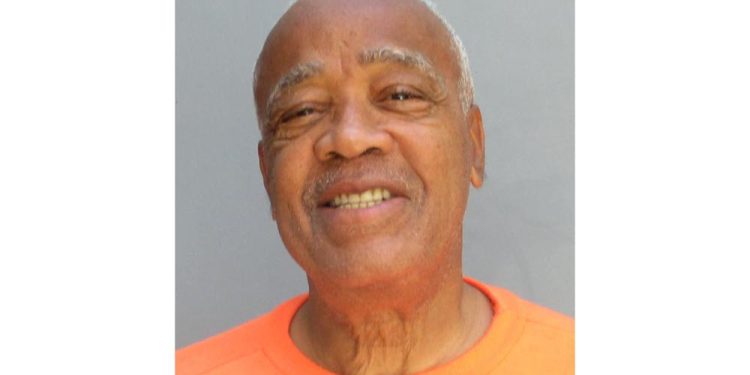 PHOENIX–A prisoner from Arizona who is set to die by lethal injection on Wednesday for the 1980 murders of two people requested the U.S. Supreme Court to take a look at his claim that officials had up until recently kept quiet about the fact that a survivor had been unable to recognize him in a photo lineup. The existence of the photo lineup, according to Murray Hooper’s attorneys, was not made public until this month.

Why is Hooper being sentence?

Hooper was found guilty of the murders of William “Pat” Redmond and his mother-in-law, Helen Phelps. The state’s clemency board was informed by the prosecutor that Redmond’s wife, Marilyn, who survived being shot in the head, was unable to recognize Hooper in a photo lineup. Authorities now contend, however, that Marilyn Redmond was not shown such a lineup, and that the accusation is based on a prosecutor’s error in a letter to the board. Hooper was eventually recognized by Marilyn Redmond in a physical lineup.

State courts have already rejected Hooper’s arguments twice this week; on Monday, the Arizona Supreme Court came to the conclusion that the allegation centered on a photo lineup “has no evidentiary support and no basis in fact.” Attorneys for Hooper never stop pursuing this. Hooper’s attorneys argued before the U.S. Supreme Court that the prosecutor’s belated admission “flatly contradicts the state’s pretrial and trial assertions that no such (photo) lineup had ever been admitted.”

Hooper requested a stay of execution from the 9th Circuit Court of Appeals in order to challenge a decision that denied his request to allow fingerprint and DNA testing on murder-related evidence. Tuesday night, the appeals court ruled that Hooper’s complaint demanding testing should be rejected because the judge in the lower court lacked jurisdiction. His attorneys claimed that Hooper is innocent, that there is no tangible evidence linking him to the deaths, and that further testing may help identify the killers.

They assert that Hooper was found guilty back when criminal proceedings lacked access to digital fingerprint technologies and DNA testing. On December 31, 1980, Hooper and two other men allegedly forced entry into the Redmond residence. The three victims were robbed, shot in the head, handcuffed, and gagged. At Hooper’s trial, Marilyn Redmond provided evidence against him. William Bracy and Edward McCall, two other men who were found guilty of the murders but were never put to death, passed away.

According to the authorities, Pat Redmond, a co-owner of a printing company, was murdered by Hooper, Bracy, and McCall on behalf of Robert Cruz, who was suspected of having connections to organized crime. According to court documents, they said Cruz intended to take over the company and was irate that Redmond had declined his offers to enter into a number of printing contracts with Las Vegas hotels. Cruz was cleared of all murder charges in both deaths in 1995.

Attorneys for Hooper claim that before identifying their client, who had previously claimed he was not in Arizona at the time, Marilyn Redmond revised her account of the attackers many times. They questioned the advantages witnesses who testified against Hooper received, such as favorable treatment in subsequent criminal cases. After Arizona began carrying out executions in May after a nearly eight-year hiatus caused by both the difficulty of procuring lethal injection chemicals and complaints that a 2014 execution was bungled, Hooper would be the state’s third prisoner executed this year. 22 of the 111 inmates in Arizona’s death row have run out of appeals, according to the office of the state attorney general.