What is the cause of Lindsey Erin Pearlman death? Where was she found dead? 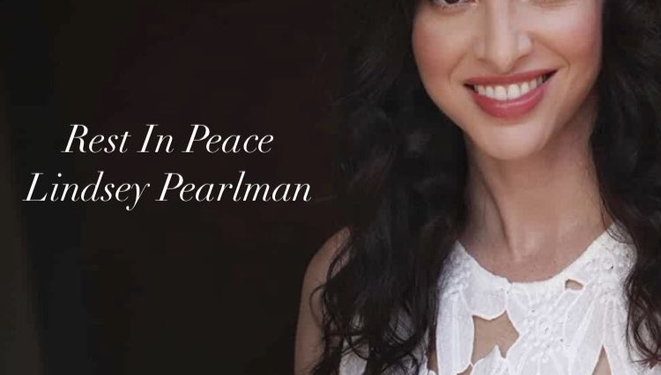 Lindsey Pearlman death is a shock to her world. The 43-year-old actress who was initially declared missing was later found dead in Los Angeles. Lindsey body was discovered on Friday, few days after she was reported missing.

Lindsey was a screen goddess known for her work in television series like “Chicago Justice” and “Empire,” was

A report on CNN said at about 8:30 a.m., officers with the Hollywood Area were called for a “death investigation” at Franklin Avenue and North Sierra Bonita Avenue.

Lindsey Pearlman Cause of Death, How Did She Die?

There is no cause of death associated to Lindsey Pearlman’s death yet. ABC7 reported that Lindsey was last seen on Sunday, February 13, 2022 at about 12 p.m., in the 1600 block of North Mariposa Avenue.

Another Topic:  Cardi B shows off pink hair with hubby on their way to Los Angeles

“Pearlman failed to return home and has not been seen or heard from since,” police said in a statement earlier Friday. “Friends and family fear for her safety.”

Social Media Reacts To The Death Of Lindsey Pearlman

Sharing a picture of Lindsey and her lovely dog on Twitter, Lynn Chen wrote “This is how I will remember Lindsey Pearlman. Effortlessly beautiful and talented. Hilarious. Compassionate. Unapologetic. She lit up every room. She listened intently on stage and off. She so loved animals. I am sorry to her family and all the communities who deeply adored her.”

Sante D’Or also mourned the passing of Lindsey. “Unfortunately this isn’t the update we wanted to make. We were devastated to learn police found a body this morning that was later determined to be Lindsey Pearlman.” Sante said in a Twitter post, Saturday.

“We don’t have any information to share at the moment, but we wanted to thank everyone who did their part to help look for Lindsey. Please keep her family and loved ones in your thoughts and respect their privacy during this time,”