Melinda Gates talks about her divorce with Bill Gates 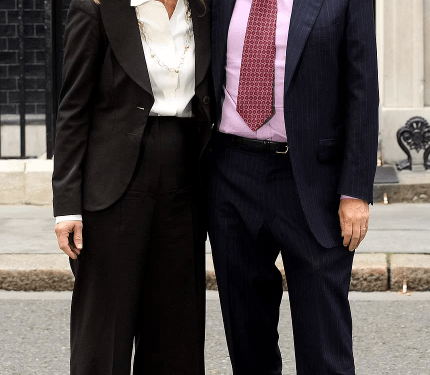 Melinda Gates Divorce – Melinda Gates has spoken up about her ‘unbelievably painful’ divorce from Microsoft billionaire Bill Gates, revealing that she just couldn’t stay in that marriage any longer’ and describing her battle to continue working alongside her ex-spouse even as they were in the thick of their separation. Melinda, 58, and Bill, 66, tied the wedding in 1994 and were married for 27 years prior to announcing their separation in May 2021.

Now, the computer scientist has opened up about her decision to leave her husband-of-nearly-three-decades, telling Fortune magazine in a new interview that the COVID-19 pandemic helped give her the ‘privacy to do what she needed to do.’ ‘I had some reasons I just couldn’t stay in that marriage anymore,’ she explained. ‘But the odd thing about COVID is that it gave me the privacy to do what I needed to do. It’s unbelievably painful, in innumerable ways, but I had the privacy to get through it.’

While they were together, the pair welcomed three children – Jennifer, 25, Rory, 23, and Phoebe, 19. They also founded the Bill & Melinda Gates Foundation together in 2000, and even after going their separate ways, the former couple continued to run the foundation together – which Melinda said helped her get through it. ‘I kept working with the person I was moving away from, and I needed to show up and be my best self every single day,’ she continued. So even though I might be crying at 9am and then have to be on a video-conference at 10am with the person I’m leaving, I have to show up and be my best.’

She stated that her “first priority” has always been “protecting her children” and that she is grateful that she and Bill have “made it to the other side.” And the ‘traumatic’ divorce taught the philanthropist that, as a leader, she can accomplish anything. She said: ‘I learned as a leader that I could do it. It reminded me that the foundation calls me to be my best. We work with unbelievable partners around the world who were also struggling during COVID. I was on a video call with a woman who had lost her father, and a week later she’s on a call with me, right?’

Melinda previously told Good Morning America that her and her ex-‘philanthropy’ husband’s helped them get through their divorce, claiming that it ‘kept them together, allowed more grace,’ and smoothed’ over some of the most ‘tough’ aspects of the breakup.

‘Our philanthropy actually called us to be our best selves, even during the most difficult times behind-the-scenes,’ she said back in August. We were working through the specifics of the divorce and there was sadness, but we were still both showing up for the foundation. I think that held us together and allowed more grace during that period, and since then, it’s kind of smoothed things over on the back end,’ she said.

Another Topic:  Cardi B shows off pink hair with hubby on their way to Los Angeles

Melinda, who worked as the general manager of Microsoft’s information products until 1996, when she left the firm to focus on starting a family, met Bill at a trade expo in New York in 1994, and they were married the following year. Rumors began to emerge 10 years into their marriage that Bill was having an affair with a Microsoft employee. According to Melinda, though, this had nothing to do with their decision to divorce.

‘I certainly believe in forgiveness, so I thought we had worked through some of that,’ she told CBS Mornings in March. I gave every single piece of myself to this marriage. I was committed from the day we got engaged to the day I got out of it. It wasn’t one moment or one specific thing that happened. There just came a point in time where there was enough there that I realized it just wasn’t healthy, and I couldn’t trust what we had,’ she said. Pictured: Bill and Melinda Gates on their wedding day.

During the interview, Melinda also slammed Bill for his questionable friendship with Jeffrey Epstein and revealed that he continued to meet with him despite her having ‘nightmares’ about him. ‘I did not like that he had meetings with Jeffrey Epstein. I made that clear to him,’ she said, adding that she met Epstein one time because she ‘wanted to see who he was.’ I regretted it from the second I stepped in the door,’ she continued. ‘He was abhorrent, evil personified. I had nightmares about it afterwards. Any of the questions remaining about what Bill’s relationship with him was… those are for Bill to answer. I made it very clear how I felt about him.’

Bill called his meetings with Epstein (pictured) a ‘huge’ mistake in a statement to CBS. He said: Meeting with Epstein was a mistake that I regret deeply. It was a substantial error in judgement.’ When asked about his previous infidelity back in May, the business mogul told Today , ‘I certainly made mistakes, and I take responsibility. I don’t think delving into the particulars at this point is constructive, but yes, I caused pain and I feel terrible about that. I have responsibility for causing a lot of pain to my family.’

Another Topic:  Kodak Black and Beyoncé - Are they collaborating on a new song?

He added of their split: ‘The divorce is definitely a sad thing. It was a tough year. I feel good that all of us are moving forward now. Melinda and I are continuing to work together. It was sad and tragic, but now we’re moving together.’

In addition to continuing to work on their foundation together, the exes appear to be co-parenting effectively, as they reunited in October 2021 to guide daughter Jennifer down the aisle at her wedding to Nayel Nassar. They set aside their disagreements for the day of magic, standing united with their daughter as they carried her to the altar. Additionally, they were observed leaving the ceremony together.

After their divorce, the couple apparently divided their $130 billion net worth, however it is unknown how they divided their numerous assets and big fortune. The pair owned residences in five states, a fleet of automobiles that included a $2 million Porsche, an art collection that included a book of writings and sketches by Leonardo da Vinci valued at $30 million, and a fleet of private planes.

The Gates had a succession of opulent houses across the United States, including in Florida, California, and Wyoming, but their primary residence was in Washington, close to the headquarters of the Gates Foundation. In 1988, Melinda and Bill paid $2 million for the 66,000-square-foot mansion, then spent an another $63 million remodeling it. It is now estimated to be worth $125 million. The estate features a five-acre plot, an indoor-outdoor pool with an underwater music system and fossil designs on the floor, an artificial stream supplied with salmon and trout, and, according to some, a beach with Caribbean sand imported from that region. Inside the seven-bedroom estate, which reportedly has 18 bathrooms, there is an art deco home theater with seats for 20, a 2,100-square-foot library (with two concealed pivoting bookcases and a bar), and a 2,300-square-foot reception hall that can accommodate 150 people for dinner.