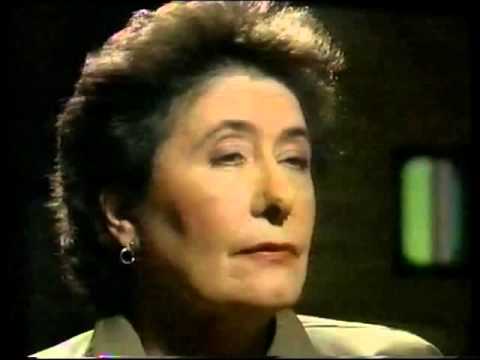 Rumors are circulating that Mavis Nicholson, a Welsh writer, and broadcaster on radio and television, has passed away. These rumors have not been substantiated. We frequently get exposed to a great deal of news, some of which are concerning the passing of a person while others are about any accident. In addition to this, there are occasions when we hear reports that someone has passed away, but at the same time, we hear claims from other people that the individual is, in fact, still alive.

Carolyn Hitt announced the death of Mavis Micholson on Twitter, “So sad to hear my heroine & friend Mavis Nicholson died yesterday. A true broadcasting pioneer, she was the greatest interviewer ever & a wonderful person, full of warmth & wit. We had the privilege to profile her for a @bbcwales doc in 2016.” Many social media users felt reluctant to believe the false rumors as they have come from uncredible sources.

Mavis Micholson was born on 19 October 1930 in Mavis Mainwaring in Briton Ferry, where she spent her childhood. She became a student at Swansea University. She met journalist Geoffrey Nicholson there in 1949; they married in 1952 and had three boys. Nicholson obtained a scholarship to become an advertising copywriter in 1951 and traveled to London.

She and her husband were part of a dynamic social circle that included John Morgan and Kingsley Amis. Nicholson quit working as an advertising copywriter when she had children, but her second career as a broadcaster began when Thames Television approached her to present a program on newly created daytime television (British television had previously only started to broadcast in the late afternoon).

Her first presenting role was on the 1971–72 show Tea Break. By April 1972, this became Good Afternoon. From the 1970s until the 1990s, she hosted After Noon, After Noon Plus, and Mavis on 4, where she interviewed Elizabeth Taylor, Kenneth Williams, Kenny Everett, David Bowie, James Baldwin, Peter Cook, and Dudley Moore.

Nicholson hosted A Plus 4 from 1984-1986. In 1983, she presented the Channel 4 discussion series Predicaments; she dismissed criticism that it was “voyeuristic” as “middle-class queasiness.” For the BBC, she appeared on Start the Week regularly in the 1970s, presented You and Yours in 1976, and hosted Open Air from 1988 to 1989 and Welsh editions of Radio 2 Arts Programme in the 1990s.

Another Topic:  5 rescued after being stranded at the bottom of Grand Canyon Caverns

In the 1980s, she and her husband returned to Wales to live in a farmhouse in Powys. In the early 1990s, she fronted several Channel 4 series produced by YoYo Films, such as Third Wave, In with Mavis, Moments of Crisis, and Faces of the Family. In 2005, she returned to interview Elaine Morgan for BBC One Wales’ On Show on 13 March. On 25 August 2016, BBC One Wales aired a profile titled Being Mavis Nicholson: the Greatest TV Interviewer of All Time? 9 pm primetime.