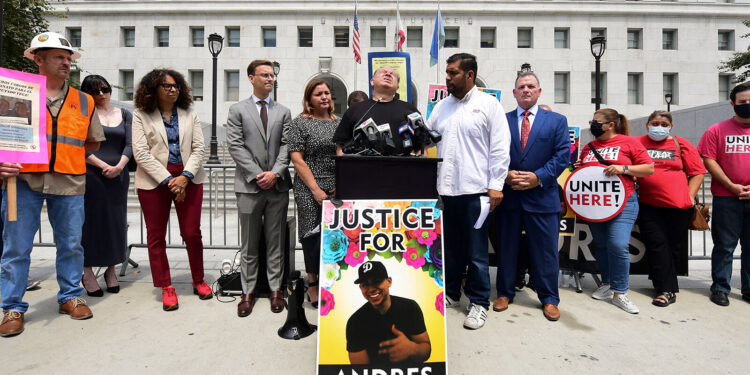 When was Guardado shot?

According to localnews8 the lawsuit that Guardado’s family brought against the county alleging wrongful death was the impetus for the settlement. According to the statement that was issued by the family attorneys, it was approved by the Los Angeles County Board of Supervisors and would be paid to Guardado’s parents. Guardado was shot and killed on June 18, 2020, by two Los Angeles County sheriff’s deputies who were pursuing him after he allegedly displayed a handgun, looked at the deputies, and ran away from an auto body shop in the city of Gardena in Los Angeles County, according to the statements made by officials at the time of the shooting.

Another Topic:  Escaped king cobra slithers back to Swedish terrarium

Proceedings of the incident

Guardado was killed as the deputies were pursuing him. Those assertions have been contested by the attorneys who are defending the Guardado family. According to a family autopsy and the office of the county coroner, Deputy Miguel Vega fatally shot Guardado in the back five times while they were pursuing him. Guardado later died from his wounds.

Guardado, who was Latino, was murdered against the backdrop of social and political upheaval that was sparked by the murder of George Floyd, who was Black, by a White police officer in Minneapolis in May of 2020. Guardado’s death occurred against the backdrop of the disturbance that was sparked. The killing of Floyd sparked demonstrations across the country and around the world, with participants condemning the racial injustice that black Americans and other communities of color endure at the hands of the police.

The incident resulted in the first investigation of its kind to be conducted in Los Angeles in more than three decades. According to the findings of the Medical Examiner-Office, Coroner’s Guardado’s death was the result of a homicide. “Guardado disregarded several commands not to grab for a gun, prompting deputy Vega to discharge his firearm in fear for his life,” Vega’s attorney Adam Marangell earlier told CNN. “Guardado’s actions caused deputy Vega to fire his weapon in fear for his life.”

The FBI and the Los Angeles County District Attorney’s Office are still investigating the shooting, according to the attorneys representing the Guardado family. They have not yet disclosed whether Vega or his partner on the day of the shooting “were within policy for their use of deadly force or if they will be disciplined and/or criminally charged for their actions,” the statement said.

Another Topic:  Tiktok 163 year old man, Is it Real or Fake? Video and Photo

The attorneys for the Guardado family have not yet disclosed whether Vega or his partner on the day of the shooting “were within policy for “Peace and justice will not be restored until the ongoing investigations are finished, and Deputy Miguel Vega is held criminally liable for Andrés’s death. This is the only way that peace and justice can be restored. In their statement, Guardado’s family said, “We will be forever thankful to our attorneys, our community, and to all of those people who have raised their voices as champions for justice for Andrés.”