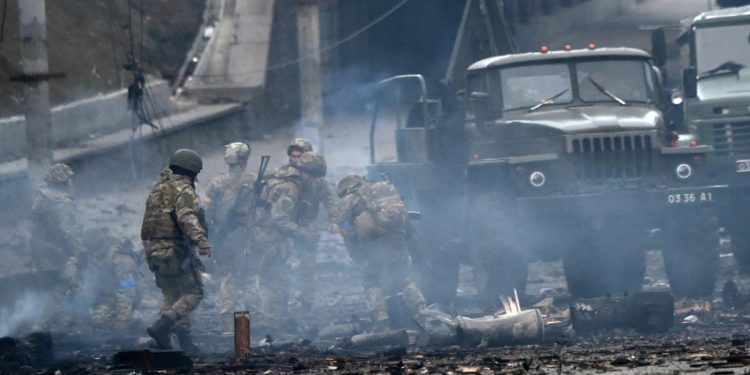 Occupy Democrats is asking those who are outraged by the companies business approaches in Russia to retweet the tweets to “EXPOSE THEM.”

The United States and its allies have imposed a slew of punitive, broad-based sanctions on Russia. They have restricted access to the country’s foreign currency reserves and prevented several of its banks from using SWIFT, a worldwide network used by financial firms to execute transactions.

After shelling interrupted civilian evacuations, Ukraine announced that talks with Russia to establish a humanitarian corridor between Mariupol and Volnovakha are “ongoing.”

“The Russian side is not holding to the ceasefire and has continued firing on Mariupol itself and on its surrounding area,” said Kyrylo Tymoshenko, the deputy head of president Volodymyr Zelenskiy’s office, reports the Associated Press. “Talks with the Russian Federation are ongoing regarding setting up a ceasefire and ensuring a safe humanitarian corridor.”