Kodak Black and Beyoncé – Are they collaborating on a new song?

What is Kodak Black and Beyoncé song's title? 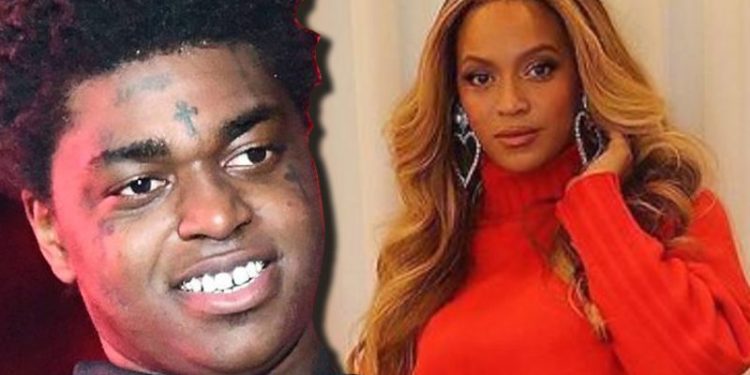 Kodak Black is planning to get a new song out and his best feature bet for the song is Beyonce. In a recent sit and talk session on the Million Dollaz Worth of Game podcast with Gillie Da Kid and Wallo, Kodak opened up about his dream collaboration. He said he has two bars ready and he is only waiting on Beyonce on sing on the song.

According to HotNewHipHop, Kodak said

“I got two bars for her. I want her to do just two bars,” Yak told the hosts. When Wallo probed him to find out what the lyrics in question are, the 24-year-old began singing, “There’s some pictures of your family, and all our children / Baby boy you already know you the only one missing.”

“That’s all, and I got the rest,” the “Love & War” hitmaker said on the show. As HipHopDX points out, this isn’t the first time that Kodak has hinted at his desire to work with the industry icon.

Who is Kodak Black?

Kodak Black was born Dieuson Octave on June 11, 1997, in Pompano Beach, Florida. He is he son of a Haitian immigrant, Marcelene Octave. His real name is Bill Kahan Kapri, popularly known by his stage name Kodak Black, is an American rapper. He gained initial recognition with his single “No Flockin”, released in 2014. His debut album, Painting Pictures (2017), peaked at number 3 on the US Billboard 200 and included the Billboard Hot 100 top ten single “Tunnel Vision”. Black’s second album, Dying to Live (2018), peaked at number one on the Billboard 200 and was supported by the single “Zeze” (featuring Travis Scott and Offset), which peaked at number 2 on the Hot 100.

He later legally changed his name to Bill Kahan Kapri. Kodak Black was raised by his mother in Golden Acres, a public housing project in Pompano Beach.

Kodak Black started rapping in elementary school and began to go to a local trap house after school to record music. He spent his youth reading thesauruses and dictionaries to further his vocabulary. Kodak Black frequently participated in brawls and breaking and entering with his friends.[9] He was expelled from school in the fifth grade for fighting and was arrested for auto theft while in middle school.About his upbringing, he said that he was given two options: “sell drugs with a gun on his hip or rap”.

From the age of six, Kodak Black used the nickname “Black”. He also used the nickname “Lil’ Black”. When he joined Instagram he chose the username “Kodak Black”, “…’cause you know Kodak, that’s pictures and all that.” This later became his stage name when he started to rap and a name favored by his fans