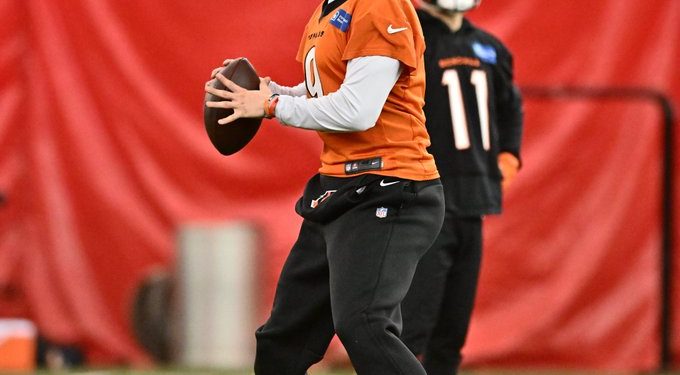 Burrow hasn’t lost in the postseason since his freshman year of college, and he intends to keep it that way as the Bengals compete in the NFL’s winner-take-all event for the first time since 1988.

A less-than-average Joe is one game away from joining a not-so-average joe club, as the Cincinnati Bengals’ cigar-smoking, Cartier-wearing, needle-threading ‘Who Dey?’ exemplifier knows that a win over the Los Angeles Rams on Sunday will put him in the company of New York Jets legend Joe Namath and San Francisco 49ers legend Joe Montana as the only three starting quarterbacks in NFL history to win both a National Championship and a Super.

“I would imagine nine, 10 months from now there’s going to be a lot of babies named Joe,” said Bengals head coach Zac Taylor. “That’s the impact he’s had on Cincinnati.”

Burrow has gone from being a misnamed college understudy to a galvanizingly brash 007 in the span of two years, while also recovering from knee surgery.

Despite not appreciating people addressing him by his own name, Ohio State’s then-starting quarterback JT Barrett, formally Joe Thomas, joked in 2016 that he would call Burrow, his backup, ‘John’ because he wanted to be the only ‘Joe’ as the first out of the two to arrive.

He’s now Joe, the indisputable Joe, who has elevated his own career and guided Cincinnati out of the quagmire of rebuilding with the elegance, precision, and football intelligence of Montana, as well as the franchise’s, league’s, and personal charisma and moxie of Namath.

“Just call me Joe,” said the no-so average Joe Burrow when quizzed on whether he had a favourite among the catalogue of nicknames thrown his way.