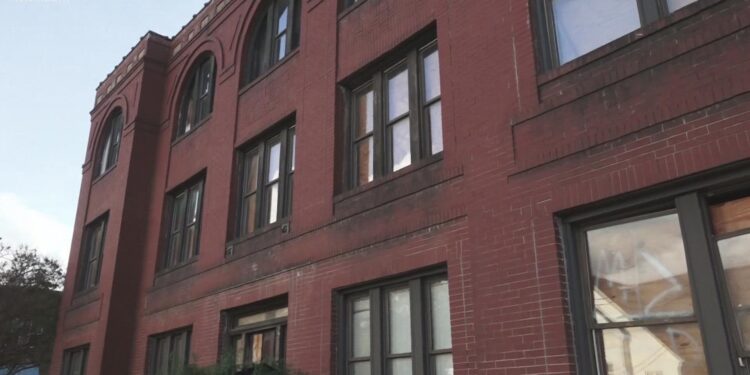 This year marks the 109th birthday of the Beverly Apartments, located at 1525 Bull Street, also known as the Beverly Apartments. Even though the building has been vacant for a considerable amount of time, a group of people dedicated to the preservation of history is keeping it in the hopes that its historic allure may attract new people. Janie Campbell, a historic preservationist with Rogers Lewis, says the property is going nicely along after receiving tax benefits in the form of the Bailey Bill in May of the previous year to rehabilitate the apartments.

When was the building first constructed?

According to wltx Cambell beamed as he described the structure, saying, “It’s just a wonderful building, I think everyone likes those enormous arches, the fantastic windows that were originally there, which are going to be rebuilt, it’s just a beautiful building.” The apartments were first constructed in 1913 as a part of the growing number of apartment buildings in the central business district of Columbia at the beginning of the twentieth century. The apartment building went through a number of ownership transitions before being purchased by a couple in 1948, at which time they increased the number of available units from six to twelve.

Now the windows have been boarded up, and there are vines growing on the bricks, both of which are evidence that the building has been abandoned for nearly twenty years. According to Campbell’s explanation, there will be a total of six apartments, with the possibility of eight, but the building will continue to be used for apartments. “I believe it a really cool tribute to wanting to be in Columbia and live, work, and play downtown,” said one person. “It’s a really cool thing to see.”

The property’s developers, who are in the process of renovating it, plan to make use of the space in the basement to construct two extra apartments, in addition to constructing two rooftop decks. However, they are having some difficulty getting the decks approved by the Design and Development Review Commission of the City of Columbia.

The Design Commission decided to postpone the addition of the rooftop additions during a meeting that took place on October 20. They stated that the additions would be too visible from the regions that were next to the property. They were also of the opinion that the decks would not be compatible with the historic personality of the property. The flats will not be considered inexpensive housing; nonetheless, those who are repairing the property have high hopes of returning it to its former grandeur by populating it with young families and hardworking people.