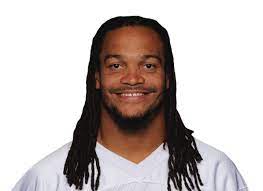 Channing Crowder, Russell Wilson Hatred –  Channing Crowder, a former star in the National Football League (NFL), seemed to harbor some type of resentment for Russell Wilson. Fans are perplexed as to why he has been so relentlessly negative toward the Broncos quarterback over the course of the past few months, and they are attempting to find out why. It all started when Crowder referred to Wilson as a “square” and stated that the only reason Ciara is with him is because of his wealth.

Crowder proceeded to express his disapproval of Wilson on “The Pivot Podcast,” despite the fact that he had previously expressed regret for the same remarks. Crowder has stated in one of the clips that Russ’s haircut irritates him, and that he finds Russ to be a cheesy individual that he does not want to be around.

Another Topic:  No US-born Black players expected in World Series, a 1st since 1950

Now, Crowder is launching another attack against Wilson. In the video uploaded on Instagram, Crowder explains why he would avoid being seen with Wilson in any kind of public setting. This sparked a more in-depth discussion about the reasons why Wilson is so “lame.” Crowder believes that although Wilson is a good person who accomplishes a lot of wonderful things, the factors that make him seem unreliable to the public are his demeanor and behaviors.

Crowder is not pleased with any of it, including the promotional videos he’s been given or his nicknames. Crowder is by no means the only person who has this viewpoint; nonetheless, he is undeniably the most outspoken proponent of it. Crowder has received some criticism as a result of this, but it is obvious that he does not care.

Crowder earned All-American status during his time playing collegiate football for the University of Florida. Crowder was selected by the Miami Dolphins in the third round of the 2005 NFL Draft. He went on to spend his whole career in the NFL with the Dolphins. At the moment, he is a co-host on Hochman & Crowder, which can be heard weekdays from 2:00 PM to 6:00 PM on both 790 The Ticket and 560 WQAM. In addition to that, he is one of the hosts of the show “The Pivot,” together with Fred Taylor and Ryan Clark.