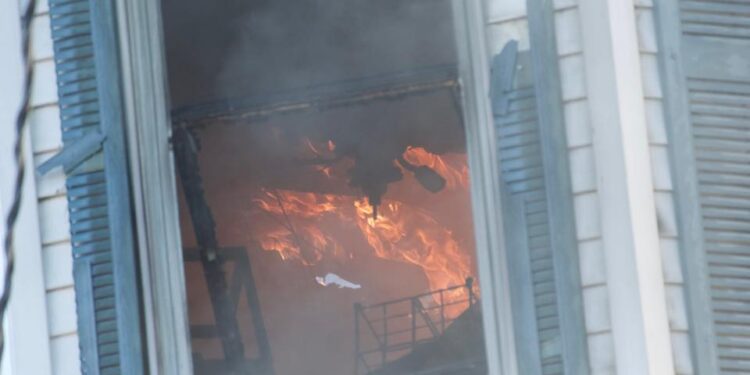 The I-93 NB and SB ramps to Government Center in #Boston are temporarily CLOSED due to fire department activity at 1 Congress Street. Avoid the area and seek an lt. route.

| MA | BOSTON | 3RD ALARM | 1 CONGRESS ST | COMPANIES ON SCENE WITH A FIRE IN A HIGH RISE DWELLING FIRE IS ON THE 20TH FLOOR EXTENDING UP TO THE 21 FLOOR | MFB-C1/GREATER BOSTON RADIO, Mass Fire Department, Facebook page.

The I-93 north and southbound ramps to Government Center in Boston are being closed temporarily because of the @BostonFire response to 1 Congress St. for a fire at a high-rise building under construction. #MAtraffic

🚨#BREAKING: A construction fire has broken oyou at the new State Street building in Boston

Multiple firefighters are responding to a construction firm on the 20th floor new State Street building near Government Center in Boston as Smoke can be seen coming out pic.twitter.com/uONsokzGxO