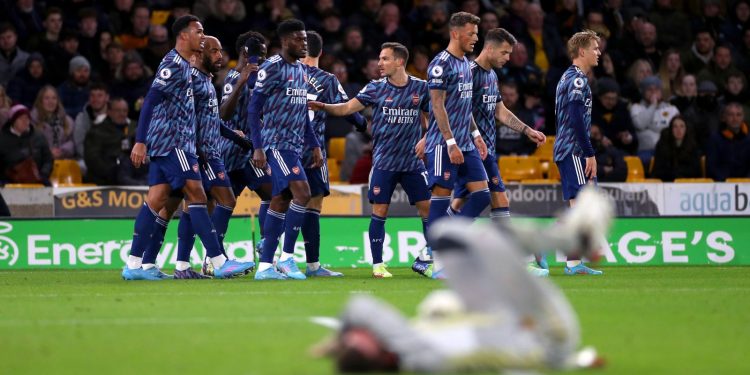 As Arsenal celebrates Gabriel’s score against Wolves, Wolves goalkeeper Jose Sa lies on the Molineux pitch. The home side put up a lot of pressure after Gabriel Martinelli’s red card midway through the second half, but Mikel Arteta’s club held on for the three points.

The goal came when Alexandre Lacazette clashed with Wolves goalkeeper Jose Sa, and Gabriel nudged it over the line from close range.

Bruno Lage’s team has struggled to create chances, but were given a new lease on life when Martinelli was sent off in bizarre circumstances – he was booked twice in the same sequence of play.

Another Topic:  In Tuesday's game against Newcastle, Yerry Mina was substituted before halftime

Wolves believed they had equalised almost immediately when Granit Xhaka threw the ball into his own net, but Raul Jimenez had been caught offside.

West Ham remains the club to beat, but Arsenal are currently only one point behind their London rivals with two games left to play.

Wolves have struggled to score goals all season, and their inability to do so might see them drop out of contention for a place in Europe, a race Arsenal now appears to be well positioned to win.