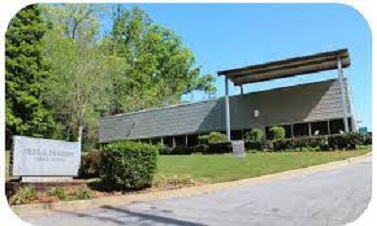 DeKalb County medical examiner – On Tuesday, the office of the DeKalb County Medical Examiner asked the general public for assistance in identifying a person who had been fatally shot in 2017. The unnamed victim reportedly sustained gunshot wounds on July 24, 2017, at a residence located on Beachwood Forest Drive in the city of Lithonia. The person was reportedly transported to Grady Memorial Hospital, where they were subsequently pronounced dead, as stated by the medical examiner. The unnamed person is characterized as having male biological characteristics, according to the DeKalb County Medical Examiner.

Description of the victim

On the other hand, they feel that the victim identified as another gender due to the fact that they found a wig and clothing that was more feminine. It is estimated that the victim is between 20 and 30 years old, is 5 feet 8 inches tall, weighs between 215 and 235 pounds, and does not have any scars or tattoos. The subject reportedly told hospital workers that their name was “Justin” or “Justine.” The police were informed of this information. Calling the Cold Case Tip Line at (404) 371-2444 is encouraged for anyone who may have information regarding the identify of the person in this picture.

Authorities said Wednesday that a woman has been charged with murder in connection with the death of her 6-year-old son outside of Atlanta more than 23 years ago. A forensic artist’s rendering of the boy generated a tip that led to her arrest. According to a news release from the district attorney, Teresa Ann Bailey Black was indicted on June 28 by a grand jury in DeKalb County. Black, 45, is accused of hiding William DaShawn Hamilton’s death and is also accused of aggravated assault, child maltreatment, and criminal murder. She is awaiting extradition to Georgia after being detained in Phoenix, Arizona, on June 29.

In online court documents, Black was not represented by an attorney. Authorities determined that the youngster had been killed for between three and six months when his body was discovered in a wooded area on February 26, 1999. His identity as well as the manner and reason of his passing were unknown. Despite the efforts of DeKalb County police, the county medical examiner’s office, and news coverage of the case, he remained unidentified for decades. In 2000, the National Center for Missing & Exploited Children became involved, supplying illustrations of the youngster and maintaining interest in the case. In 2019, a forensic artist at the institution created a fresh representation that was reported in news publications.

Morning Edition was joined by Inside Crime podcast host and National Center for Missing & Exploited Children spokesman Angeline Hartmann to discuss the case. And I just keep encouraging people to say his name over and over again because we went for too long not knowing, said Hartmann. “So many people had a role in this, and we’re just grateful that we finally know his name,” According to a news statement, a person who knew Black and her son in 1998 saw a drawing in May 2020 and notified the center. Then, DeKalb County police and prosecutors took that direction. Authorities claimed that DNA taken from Black earlier this year connected her to the corpses.

According to the press release, Black went with her son to Atlanta in December 1998 after withdrawing William from school and residing with a relative in Charlotte, North Carolina. Late in 1999, she left Charlotte without the boy and came back, telling various tales of his whereabouts. According to Hartmann’s statement in the press release, “a woman in Charlotte who knew William and his mother followed her gut feeling that something wasn’t right and kept looking for him for more than 20 years.” “We’re thankful that she persisted until she discovered a depiction of William online and provided detectives with the crucial information they needed to help solve this 23-year-old mystery.” Anyone who may have known Black or William at the time of the boy’s death is urged to contact Boston at her office.

Another Topic:  British rapper Stormzy calls Adele family and opens up about their friendship