The eight ports on the gadget each generate sound in a 45-degree angle, resulting in a total sound output of 360 degrees. Learn more 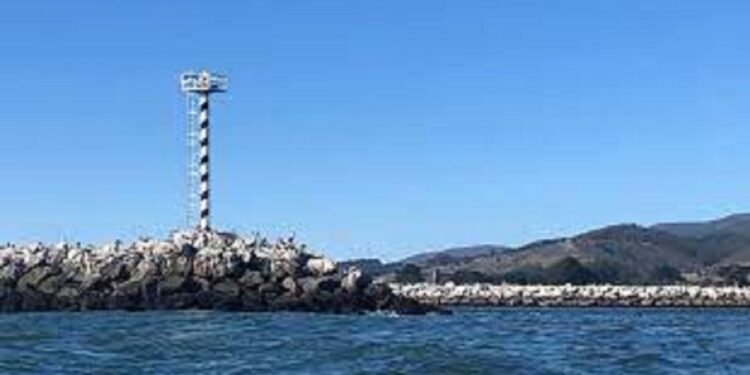 A new foghorn has finally been installed in Pillar Point Harbor after a wait of 35 years. After several days of labor near the entrance to the harbor, the United States Coast Guard successfully finished the reconstruction on October 25. Approximately 393 thousand dollars was spent by the government agency to replace the outdated sound signal. A representative for the Coast Guard stated that the foghorn, which has been located on its rocky outcrop since 1987, was in the process of degrading and that it was unsafe for staff personnel to climb it and service it.

According to pacificatribune.com The reconstructed tower is fifty feet in height and features new housing as well as baffles, which are sound-absorbing components. It is significantly more compact than its predecessor, but the technology is fundamentally the same, including the flashing light and the loud horn that goes out every ten seconds. Following the alterations made to them the previous year, the Coast Guard stated that the sound levels should be the same. The eight ports on the gadget each generate sound in a 45-degree angle, resulting in a total sound output of 360 degrees.

What is the goal?

The goal of these three plugs, which together cover 135 degrees, is to prevent sound from entering the inside of the building from the north, the northeast, and the east. After receiving feedback from the local populace that the continuous sound emitted by the foghorn, which is designated as a federal aid to navigation, or ATON, was excessively loud, the Coast Guard started installing sound plugs in the device.

Because it is a help to boaters’ safety and navigation, other citizens and mariners voiced their opposition to the idea of capping the foghorn. Chris Tibbe, the harbormaster of Pillar Point, stated that having a safety baseline such as the foghorn is a tremendous benefit due to the diverse fleet of vessels that frequent the region and move in and around it.

He mentioned that during the previous year’s salmon fishing season, the majority of calls for assistance were made via cellphones by boaters who did not have cutting-edge navigation systems installed on their vessels. He remarked that this trend continued. Tibbe mentioned that the coast is notorious for dense fog, and that in the event that boaters become disoriented, search and rescue officials can ask them if they hear a foghorn or see a flashing light, which assists in locating the missing individuals.

Tibbe expressed his appreciation to the Coast Guard for locating money and taking the initiative to lead the project. He stated, “Our mariners, they’re going out in foggy, treacherous seas”. “It’s great to have that as a lighthouse to guide us back,” the person said.