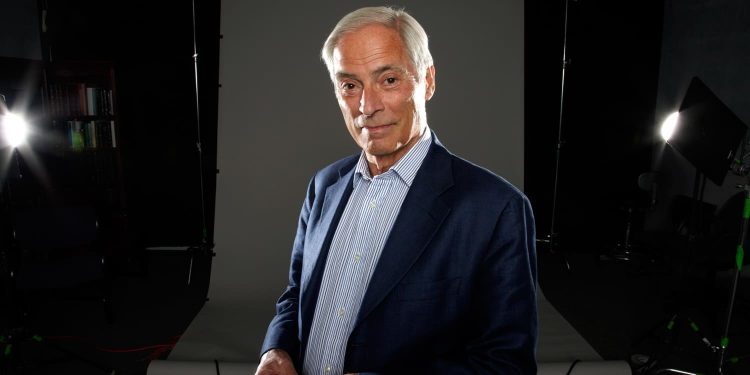 Robert David Simon was born on May 29, 1941, in Manhattan, New York City, USA. He was a CBS News television correspondent who covered numerous important wars, political events, and other crises in more than 60 nations across the world during his career.

His career lasted from 1969 through February 2015, when he passed away. Have you ever wondered how wealthy Bob Simon was when he died? According to reliable sources, Bob Simon’s net worth was reported to be as high as $2 million, which he earned during his career as a journalist and broadcaster.

Bob graduated from Brandeis University in Waltham, Massachusetts, with a history degree in 1962. Bob entered the American Foreign Service two years later and remained there until 1967, serving as a Fullbright scholar in France and a Woodrow Wilson fellow.

He joined CBS in 1969 and worked at the London Bureau until 1971. He was then relocated to Ho Chi Min, where he covered the Vietnam War until 1977. He worked for CBS News’ Tel Aviv office between 1977 to 1981. These early works not only motivated him to keep climbing the corporate ladder, but they also enhanced his net worth.

His next location was the United States capital, Washington, D.C., where he worked as a State Department correspondent for a year before moving to New York, where he worked as a CBS journalist until 1987. Bob was then reassigned to the Middle East as the region’s chief journalist. The Iraqis kidnapped him and imprisoned him for 40 days, but everything turned out fine for him and his news crew.

Bob was hired as a correspondent for the documentary series “60 Minutes” in 1996. He was the show’s chief correspondent until his death, and he also contributed to a few episodes of “60 Minutes II.” Bob won a record-breaking 27 Emmy wins for his work, including three Peabody awards and the Overseas Press Club’s President Award, thanks to his abilities and the show “60 Minutes.”

He also received the Edward Weintal Prize from Georgetown University’s Institute for the Study of Diplomacy for his contribution to foreign policy and diplomacy, as well as the Alfred I. duPont-Columbia University Award for his story “Shame Of Srebrenica,” which focused on the genocide committed against Bosnians during Yugoslavia’s civil war.

Bob reported from a variety of nations during the course of his long and successful career, including the Falkland Islands, Portugal, Haiti, Somalia, and Iraq, to name a few.

Bob died on February 11, 2015, after being involved in an automobile accident in Manhattan; he sustained a fractured neck and head trauma and was taken to the hospital; nevertheless, the physicians merely declared the time of death. Bob left behind Françoise Simon, his wife, and Tanya, their daughter.