Alleged Montgomery Blair High School shooting was a 'fireworks in the business community not gunfire.' 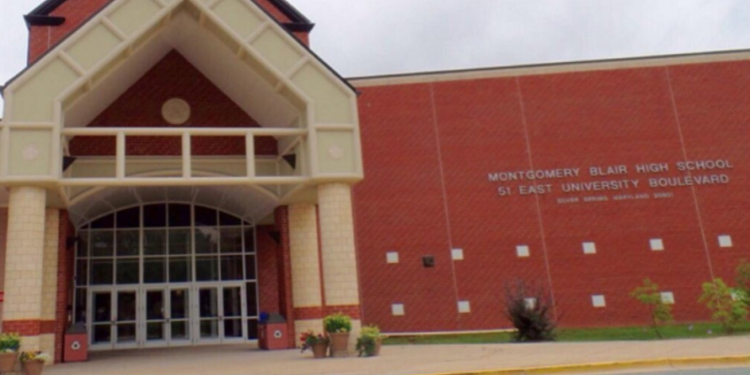 Blair High School Lockdown – On Tuesday, 24th of January 2023, there were police activities at Blair High School and the school was placed on Lockdown. The school went on lockdown because of the fear of a shooting threat after school authorities heard a gunshot sound around the school environment. After series of police investigation, the Montgomery Blair High School principal, Renay Johnson announced that the sound heard was ‘fireworks in the business community not gunfire.’

The school said counselors and administrators are available for support for students and staffs after the unsettling incident. The principal of the school, Renay Johnson released an official statement on Twitter to the Blazer Families which reads;

Blazer Families: A letter is on the way to you soon regarding today’s emergency. Students and staff are safe on campus. Thankfully, the emergency was fireworks in the business community not gunfire. I want to thank @mcpnews for their quick guidance and response to our school today. We will have dismissal as scheduled today. Lockdowns can be unsettling for students and staffs, our counselors and administrators are available for support.

Another Topic:  Qew Car Fire - Man saved from burning car by others on Ontario highway

A 16-year-old was arrested for attempted murder after a Monday stabbing outside Montgomery Blair High School. Police supplied this data. The juvenile suspect was charged as an adult with attempted second-degree murder, assault, and reckless endangerment by Montgomery County police on Tuesday. The young suspect faced adult charges.

A young man was stabbed in the Silver Spring, Maryland, school parking lot on Monday morning, according to video footage. On Tuesday, Renay Johnson, the school’s principal, informed the victim’s family that their loved one was home recovering from hospitalization.

The principal reported that the 16-year-old suspect’s cousin, also a student at the school, brought a knife to school the day after the incident. On Monday, the administrator informed the parents of the pupils that the suspected attacker had left the school grounds, was brought back by his parents, and was arrested.