At a bowling alley, DaBaby and his gang attack DaniLeigh’s brother 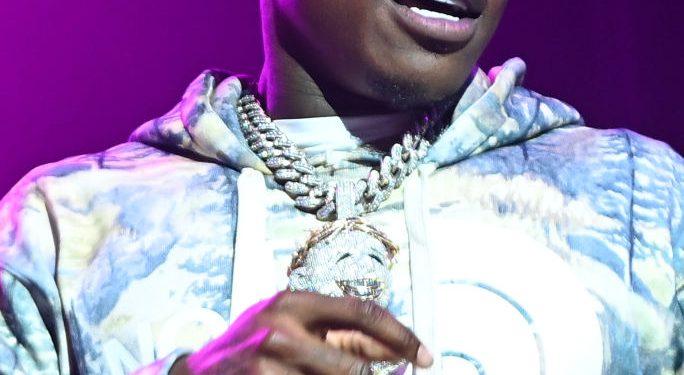 On Wednesday night, videos of a physical incident involving DaBaby, the rapper’s entourage, and Brandon Bills inside a bowling alley began to circulate online.

Brandon Bills, DaniLeigh’s brother, had expressed interest in shaking hands with DaBaby after the rapper attacked Dani and her family on social media, but after last night, he might reconsider.

“This what you wanna do? This where you wanna take it?” asked Brandon on social media in November 2021. “This n***a wanna call the cops on my sis, this n***a wanna disrespect my sister online for the world to see, disrespect my family… This don’t even got nothing to do with my sister no more. This got to do with me and you. You Mr. Tough Guy over here, beating up b*tches, knocking little guys out, you not gone do that to me.”

Several recordings of the altercation have been published online, but it appears that Brandon contacted DaBaby and his team before demanding to speak with them one-on-one about everything that transpired last year. While Brandon was said to have thrown the initial punch, a video appears to show DaBaby swinging first.

The men were fighting on the real bowling lanes, slipping and pulling Brandon’s hair to keep themselves balanced. During the altercation, several videos show a person who is bloodied. Brandon claims that he would have won the battle if the floor hadn’t been so slick.