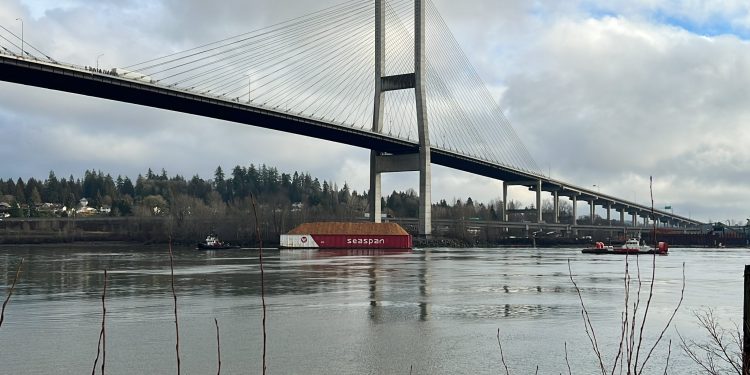 According to an unsubstantiated report, Gurnek Thandi was identified as the person who attempted to jump off Alex Fraser Bridge after he made a Facebook post.

The Facebook post reads: I LOVE YOU SANITA! The love of my life I didn’t appreciate what I had and now your gone. I blame me. You can’t see a future with me and I can’t see one without you. I tried….My efforts were to late. Mental Health is real, this is a… BROKEN HEART  I can’t say anything bad about My Love. She is the mother of my two precious babies. Take care of them Babe. I wish I was stronger. It breaks me even more, knowing I won’t be there to watch my girls grow up. I’m so sorry. I love you Amaani. I’m so sorry kiddo
I love you Aziya.

I’m so sorry Zee Please don’t discredit my love for them. Let them know I love them and I’m watching over them everyday. I’m Sorry, especially to those, I couldn’t keep my promise to. To all of you that knew what I was going through and have supported me. I failed you. I failed life! To my love Sanita. I hope you have it in you to forgive me. I wish you Happiness.”

Officers are actively investigating to put the situation under control at this time. Delta Police have announced on their Twitter account that the side of the bridge that faces south is currently closed. According to the tweet, the traffic on the southbound lanes of the Alex Fraser Bridge has been temporarily blocked while officers attempt to deal with an ongoing incident that has been taking place on the bridge.

Southbound Alex Fraser Bridge traffic is currently stopped while our officers are working to resolve an ongoing incident on the bridge. https://t.co/L9TViS3uxn pic.twitter.com/085TEFFZlK

Along with the Hamilton neighborhood, the Westminster Highway is also experiencing significant traffic delays. Drivers are being encouraged to stay away from the area and warned to expect long delays.

UPDATE: After an incident involving law enforcement was settled on Monday evening, the Alex Fraser Bridge has been completely reopened to traffic. The shutdown of the bridge had a significant effect on the afternoon rush hour, with reports of high traffic on Highway 99 southbound heading towards the Massey Tunnel and on Highway 1 through New Westminster heading towards the Pattullo Bridge. Both of these routes were affected by the closure. In addition, the routes of some bus routes had to be altered.

The Alex Fraser Bridge is a cable-stayed bridge over the Fraser River that connects Richmond and New Westminster with North Delta in Greater Vancouver, British Columbia. The bridge is named for Alex Fraser, a former British Columbia Minister of Transportation.