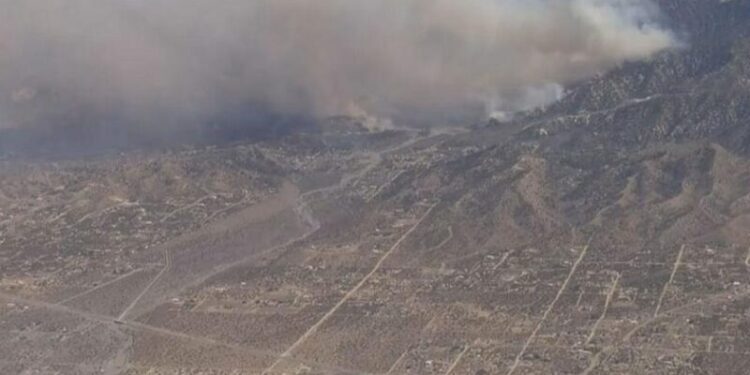 Report from the residents of Desert Front Road and Wild Horse Canyon was required to flee from their home because the sheep fire in Wrightwood, which is located close to the Angeles  National Forest, continued to spread and consume the land. Currently, the fire has destroyed over 990 acres. In the late hours of Sunday night at about 11 p.m., it had been restricted to 5% of the area. The wildfire will be contained overnight by over 200 firefighters. Investigation shows that the San Bernardino County Sheriff’s Department has an evacuation center that has been established at the Serrano High School. According to newsnetdaily.com.

All residents in the Wrightwood who live in the area near Highway 2 at Mesquite Street, stretching all the way from Highway 138 to Sand Canyon, have also been ordered to evict their homes by the sheriffs of San Bernardino County.  However, the individual who has homes or lives between Wright Road and Lone Pine have been put on evacuation notice. On Saturday, a fire identified as a Sheep Fire started and rapidly spread from 100 to 775 acres in size in just a few hours. The Wildfire in San Bernardino County is now only 5% contained, according to the fighters. The authorities went to each house on Sunday morning to advise the resident to either evict the house or are ready for a possible outcome.

In the early hours of Sunday morning, there were no reports that any structures were immediately destroyed, and no orders for forced eviction. Meanwhile, at about 2:51 p.m. on Sunday afternoon, the San Bernardino Fire Department issued an order for an urgent and immediate evacuation of the Desert Front region, which is located north of Wrightwood. As the firefighters continue to fight the blazes, Highway 2 has been shut down from State Route 138 all the way to the Sheep Creek region.  It has become accessible for use more since that time. According to the investigators, the cause of the fire is still being investigated at this time.

Regrettably, there is no indication that the Sheep Fire will be contained any time soon.