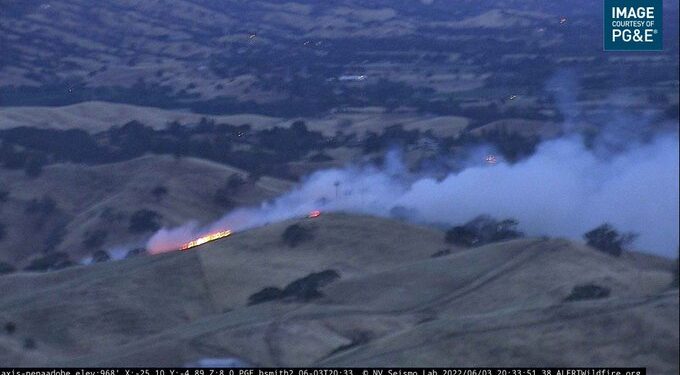 Authorities say the fire has escalated to 2 acres due to the high wind at the area. Cal Fire Scanner also noted the fire is now on a 3rd alarm, and also confirming that the blaze has gone up the hill.

Multiple officials are at the scene at this time. Cause of fire is being investigated.

#AdobeFire (#Vacaville, Solano Co) – IC requesting a 3rd alarm, prior to that requested 4 brush rigs, advising fire is high up on the hill & require wildland rigs on the additional alarms. All within local jurisdiction.

#AdobeFire/#PenaFire (#Vacaville, Solano Co) – The fire is now approx 20 acres per radio traffic. CAL FIRE sending some engines to assist & they’re calling it the #PenaFire now. Engines to access off the dead end of Marshall Rd.

Another Topic:  Two days after losing the election, Bolsonaro agrees to transition